skip to main | skip to sidebar

Here is my new logo! This was created in illustrator. I used elements of my art like the butterflies and signature.
Posted by Unknown at 8:41 AM No comments: Links to this post

I wanted to make a puppet that resembled Evita Perón. I knew what she was going to look like, I just didn't know how to make her. I didn't want to look for "how to's" online because I didn't want to be influenced. So, here I was with an idea and no instructions... YES!!! 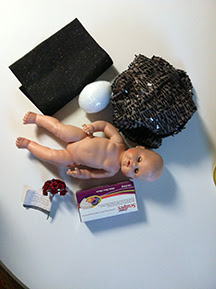 I bought a bunch of materials and and got started! 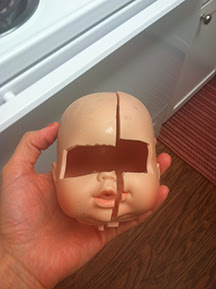 I wanted Evita to have a *spark* in her eyes so I used a doll's eyes that opened and closed (gasp!). Not the right color because dolls with open/close eyes are difficult to come by. 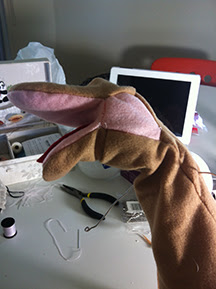 I wanted her to have a soft body, so I started by making a hand puppet. 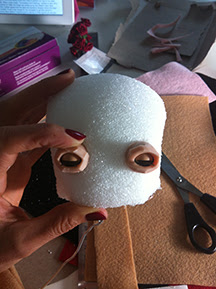 I made a foam "skull" and placed the eyes in the sockets. 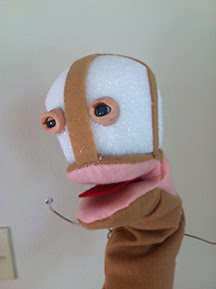 This is the anatomy of puppet Evita! 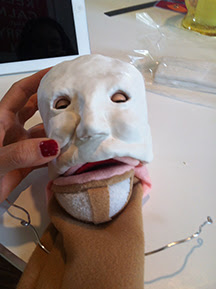 Sculpy was molded onto the face. Then removed carefully and baked. I made little hands too. The first time the face broke! I made another face and secured it with some foil so that it wouldn't move while it was baking in the oven. 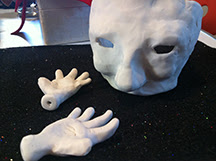 Voilá! Face and hands ready for acrylic paint! I sewed some wire onto the back of the hand puppet as arms to then place the hands. 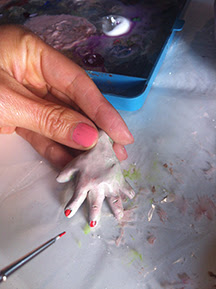 Treated her to a five star manicure. 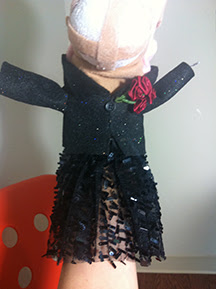 Her blazer was made out of sewn felt, and her skirt out of a skirt I bought at a thrift store. 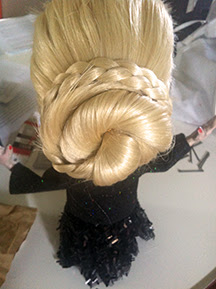 I bought hair extensions at a beauty supply store. Beautiful straight blonde hair. I secured the hairdo with hot glue. 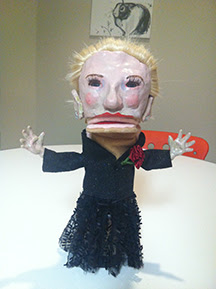 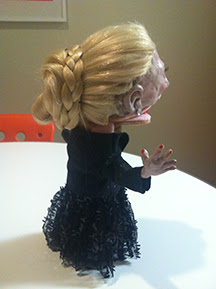 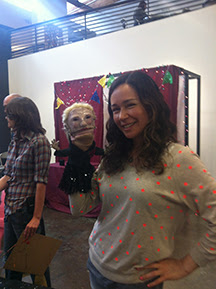 To bring her to life I sang (she sang) the Argentine National Anthem! It was a success! So much fun! 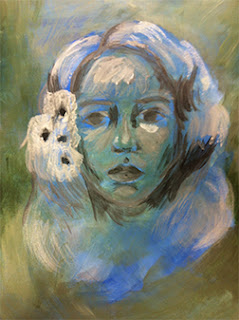 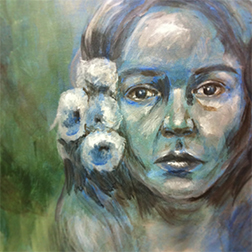 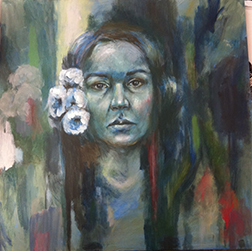 This is the progression of a self portrait from observation. I used a mirror to paint myself and that was quite an unusual task. It's strange to look at yourself for so many hours and concentrate on the smallest details of your face. It was an interesting exercise. The end result was a moody almost surreal depiction of myself. I was told I looked like a mermaid. Cool!
Posted by Unknown at 9:54 PM 1 comment: Links to this post


The task was to create an animation based on drawings. I used the drawings from my Anatomy of a Breakup piece. I added The Beatles' I'm So Tired song because it was a perfect way to add exactly what was being felt. It was a huge learning process to animate these but I am satisfied with the result.
Posted by Unknown at 7:25 PM 1 comment: Links to this post